In 1990, Joel began rolling out the Rockwell Tripmaster system at Chemical Express Carriers across the country. The return on investment at CX far surpassed expectations, and this technology had proven itself as a safety, compliance, and financial winner.

In 1994 he made the move over to FES, the leading Tripmaster reseller. In 1999, FES bought the Tripmaster business. During this time Tripmaster released the first GPS enabled onboad computer and the first Windows-based fleet management platform. Hundreds of fleets rolled out many thousands of systems as most private fleets jumped on the onboard computer bandwagon.

It was during this time in the early 1990s that another Tripmaster Reseller, Sheehy Enterprises, developed a large following in the postal industry. They started developing a dispatch system in 1996 hat by 2003 became LoadTrek. LoadTrek became a full featured Transportation Management System that remains the only cloud-based system combining telematics, an AOBRD/EOBR/ELD, and a transportation management system.

The technology trend became apparent, and Joel left Tripmaster in 2007 (now known as MiX Telematics) to found JBA as a LoadTrek reseller.

LoadTrek and JBA have a long, deep history and understanding of fleet technology and the trucking industry. They combine this with young talent that does not follow convention, does not believe in “heavy” software, and pursues useful new technologies with an open mind.

To read more about the early days of Tripmaster, check out “The Long Haul to Success by J. B. Hunt. 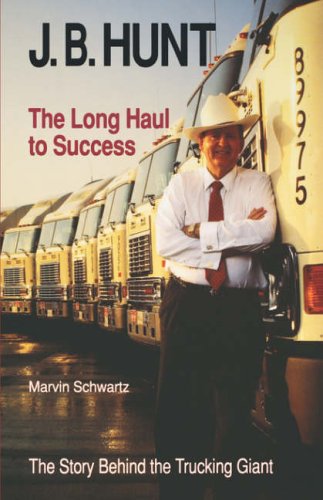 You can find patents we have been involved with here;

System for Monitoring Vehicle Efficiency and Vehicle and Driver Performance

Controlling the Operation of a Vehicle from a Fixed Location